Well, this was unexpected

So about two weeks ago, I went in for a routine OB visit and mentioned that I had a headache and that my hands had swollen up to the point where I looked like I was wearing Minnie Mouse gloves. Because I'd had pre-eclampsia with my son, the midwife took one look at me and ordered a barrage of tests. Suffice it to say that I took a day off work and spent it voiding into receptacles. I stopped by the hospital on Good Friday to get more tests done and then I went off to work, only to be called back to the hospital two hours later. I spent Friday, Saturday, and half of Easter Sunday in the hospital under observation for pre-eclampsia.

Pre-eclampsia can be some pretty scary stuff.  Fortunately, the doctors determined that my case is mild -- so far -- and sent me home to rest, while moving up the date of my c-section. I'm being monitored pretty closely, and with a few exceptions, I've basically moved back and forth from my couch to the hospital for the last ten days.

This leaves a lot of time for knitting, which you'd think would be great! My first response to the new due date for the baby was to panic, not because the baby was coming early or because I couldn't get the room ready, but because I had no hat for the baby to wear. Hey, we knitters can compartmentalize like nobody's business. So I made a Sweet Baby Cap out of Baby Ull and some sock yarn scraps: 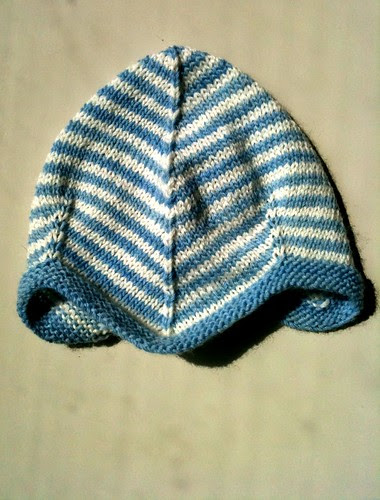 Then I had to finish a bunch of other stuff. Ordinarily, I think this would manifest itself by scrubbing out some cabinets, but since I'm not allowed to do that kind of thing, I have to sublimate the nesting instinct into knitting.

I'm almost done with a test knit for Cosy: 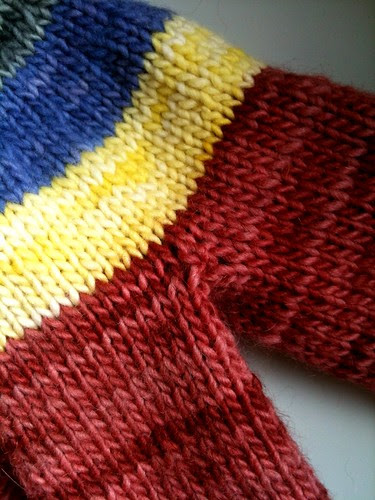 I finished another In Threes for my friend's daughter's birthday: 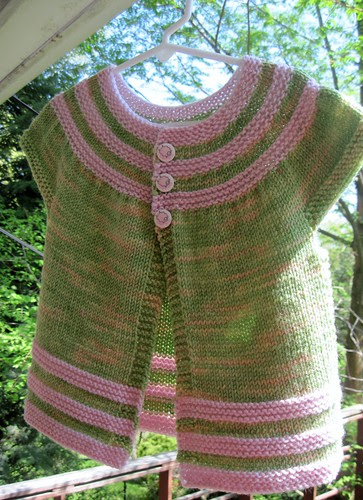 I put buttons on the Rhino Romper I made for Malabrigo March: 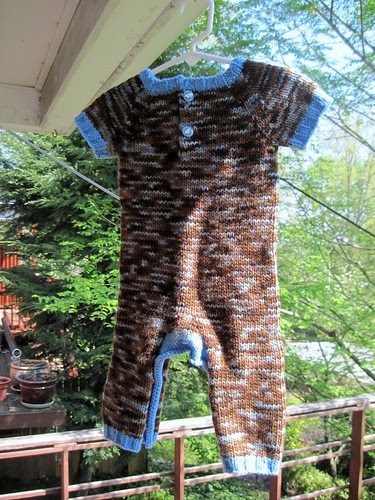 And I finished the knitting portion of the Baby Albert KAL I'm doing with my mom: 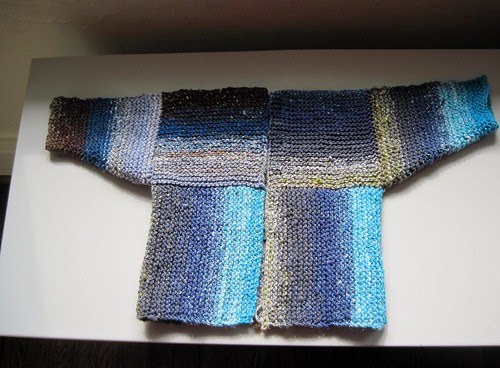 I love how the pink/green sweater came out! You were just starting that the last time I saw you, I think.

Hang in there. Happyface Hello will be here before you know it and you won't have any time for knitting. ;-)

I miss you! I can't wait to meet Happyface Hello, though!